Posted by Damascus Tribune on November 14, 2012 in Military Updates

In the recent days, the Free Syrian Army captured brand new types of weapons that can, if they captured big quantities, make real difference on the ground and tip the balance of power towards their side. The Free Syrian Army stormed in the last two months several air defense bases in Eastern Ghouta in Damascus Suburbs province in which they captured many SAM-7 Missiles. However, in their latest operations in Damascus Suburbs and Aleppo provinces they captured band new types of anti-aircraft and anti armored vehicle missiles.

Yesterday I spotted two new types of SAM which Brown Moses identified as SAM-16 and SAM-24 in a post on his blog. After some research I found out that they were captured from Bala Air Defense Base near Mleiha town of Damascus Suburbs in Eastern Ghouta (Not Babla) by Ansar al-Islam as they said in a statement they issued on their Facebook page. The SAM-24 Brown later identified as dummy and could have been for training and the SAM-16 looks real.

Today in Aleppo, Abo al-Alamein Battalion liberated, in cooperation with Unification Brigade and other battalions, Al-Kindi Hospital checkpoint which was a hospital, but Bashar al-Assad occupation army made it a military barracks. They issued a video statement in which the commander says they captured these anti-aircraft and anti-vehicle missiles, that they captured big numbers of them, and they will use against Assad aircraft. With further secularization, Mr. Hadi al-Bahra identified both as AT-3 Sagger 9K11 Malyutka anti-tank missile. It is not clear if they have the complete system or not since the video shows them incomplete.

Some of the ammo they also captured from the checkpoint.

Update November 15th: A new clip was posted on youtube which shows over 16 piece of SAM-24in addition to some Malyutka anti-tank missiles, big amount of AK-47  and many other boxes of weapons and ammo. The battalion that captured them on this video is also “Jesus son of Mary Battalion”. It seem that the clip was taken from the same site as those Brown Moses included in his excellent post on his blog here which contains many other pictures and videos.

On November 15th, there were reports that Free Syrian Army shot down 3 warplanes in Damascus Suburbs, where the battalions that stormed the base operate, in Der Alasafer (video documented), Hamouryah, and Marj al-Sultan. The video is graphic and shows bodies of pilot and the crew in addition to the crushed helicopter. 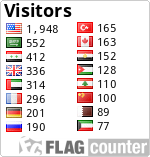 visitors according to their country